An Artificial Rubidium Atom in a Semiconductor 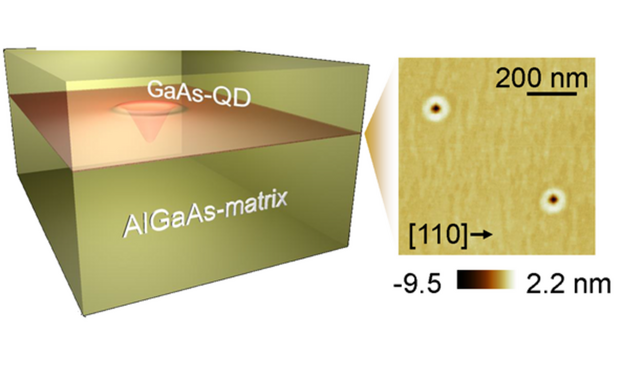 In collaboration with the Warburton group, we have developed a semiconductor quantum dot single photon source that emits transform-limited photons at 780 nm, the wavelength of the Rubidium D2 line. The quantum dot photons are tuned into exact resonance with hyperfine transitions of natural Rubidium atoms, a key step towards storing them in an atomic quantum memory. These results were published in Phys. Rev. B 92, 245439 (2015).