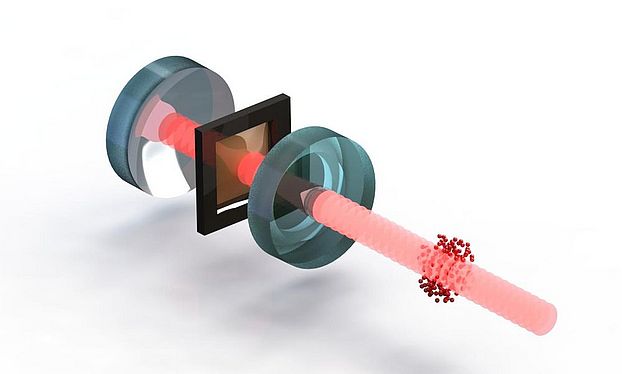 We have used ultracold atoms to cool the vibrations of a nanomechanical membrane from room-temperature to 650 mK. While sympathetic cooling with atoms has previously been used to cool other microscopic particles, we extend it to the cooling of an engineered solid-state structure, whose mass is 10 orders of magnitude larger than that of the atoms. These results were published in Nature Nanotechnology 10, 55 (2015). See also the news features in Deutschlandfunk and Telebasel.